Did You Know Women Make Up Only 2% of the Construction Industry? 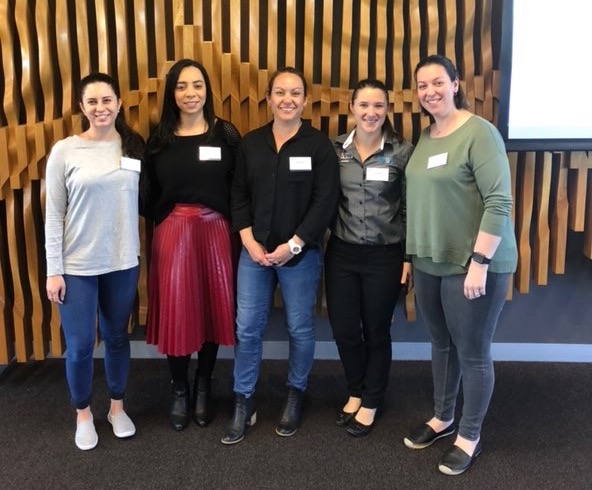 There’s been an unfortunate misconception in and around the building industry which needs to be disposed of immediately, because it’s well and truly past its expiry date.

And it’s that construction is not a workplace for women.

Now, we can only imagine the hand-wringing that statement will cause for some last-century thinkers. “It’s too physically demanding for females” or “It’s full of alpha males butting heads and creating aggressive workplaces.”

To put it bluntly, these sorts of generalised philosophies have no place in our field. Not only do they casually discount the varied abilities of approximately half of the world’s population, they ignore the extraordinary opportunities created by diverse workplaces.

A recent article from the ABC caught our attention. It described a Victorian State Government initiative to boost female participation in the construction sector.

The article noted women make up just two per cent of Australia’s construction workforce, despite one in 10 jobs across Victoria being in the building industry.

So, the government is firing up a new initiative which will see an investment of $500,000 over three years in the state’s first Women in Construction Strategy.

The money will be used to create an online jobs portal to connect women candidates with construction roles as well as career counselling, resume services and recruitment training and support.

In addition, a training program developed by the Victorian Trades Hall Council will educate workers and employers about gender bias and violence on construction sites, plus a new set of recruitment standard practices for the construction industry will be created.

Attention has been growing for gender equity among business, political and social groups. The way the conversation has eked into the mainstream is perhaps most obvious in the sporting arena. The success of legendary Matildas players like Sam Kerr show just how significant it is to modern society. The announcement of a new pay parity deal for The Matildas, as well as Sam’s rise as a role model in the English FA Women’s Super League is just one example.

As a result, gender equality in the workplace has not only gained traction, but built momentum and it’s now firmly front and centre of Australia’s social agenda.

So, more female representation in construction is a just reflection of where we are going with society as a whole – but why is it, specifically, important for the construction sector?

Firstly – diversity in any workplace, on the whole, breeds tolerance. It can be racial, religious, gender or any other subset who are marginalised unfairly. Having more women in the construction means the workplace reflects society more broadly and it raises awareness about how we all interact with each other.

Also – having gender diversity can bring a different approach to strategy and problem solving. The way men and women relate, communicate and analyse can vary – both have their own strengths and weaknesses. Having a mix on your team brings dimensions that help everyone succeed.

It’s good for relationships beyond the co-worker level too. Customer relations are enhanced by having different personalities and styles in a business. In addition, outside of work and on the home front, both men and women seem to benefit from sharing workplaces with each other.

So why has this subject got us particularly fired up at RODA?

Because our workforce is already 40 per cent female. In addition, we work to engage female subbies at every opportunity.

We have seen, first-hand, the benefit of ensuring a workplace full of diversity and equality. It has made for a stronger organisation better able to deal with the challenges of clients, contractors and consultants.

At RODA, we believe it’s high time our industry embraces the change and start enjoying the same benefits we have.

Find out more about the incredible women and men who make up the RODA team here.